Skip to content
PLEASE NOTE THAT DUE TO THE COVID-19 PANDEMIC MANY SERVICES AND COMPANIES DO NOT RUN AS NORMAL.
Please check with each provider to see how and what they are running.

You find out you are pregnant, but wonder what to do next. I remember not really having a clue. So, I went to my GP and told him I was pregnant. He asked me if I wanted to go NHS or private, and if choosing to go with the NHS, which hospital I wanted to be referred to after briefly telling me about the hospitals close to NW8. 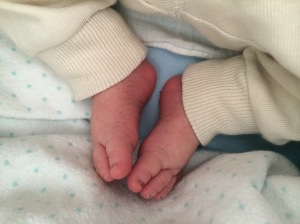 I opted for UCLH (University College Hospital) close to Euston Station as several friends of ours had had their children there and had been very happy. They were also moving into a brand new hospital at the end of 2008 which my husband and I were happy with; teething problems hopefully out of the way by the time our baby was born, and modern and clean. Close to St John’s Wood, there is also St Mary’s Hospital (where I was hospitalised several times during my pregnancy suffering from Hyperemesis Gravidarum) and The Royal Free Hospital in Hampstead. There are of course others, but those are the closest distance-wise.

If you want to go private, there is the famous Portland Hospital in Marylebone, and St Mary’s also have a private section called The Lindo Wing. There are other options, but these are very near to St John’s Wood.

Below is a link to another very interesting article from the NY Times about a breakthrough in prenatal screening. The test is usually referred to as the harmony test. I did some research and found that some NHS Trusts were trialling this in 2013/14, UCLH being one of them, which means that most likely it will be available on the NHS in a few years. It is currently only available privately in the UK and prices vary greatly, so it is worth shopping around.

The Portland Hospital and The London Ultrasound Centre offer it, however the best offer I came across during autumn 2013 when pregnant with my son, was from The Fetal Medicine Centre on Harley Street. That included a scan, the blood test and a follow-up scan two weeks later. You call them up and book an appointment, but you must not be more than 11 weeks pregnant. When I was looking around, the prices varied from £400-£600+, so it makes sense to shop around!

For anyone who has had to undergo either a CVS or an amniocentesis you know how horrible a procedure it is. I had to have one in August 2012 already knowing the bad news beforehand, but wanted more information. For me, it was such a traumatic experience I know I wouldn’t be able to undergo it again unless I was under general surgery. I can’t even have acupuncture anywhere near my tummy since then without having a panic attack. Being able to have a simple non-invasive test consisting of a blood test and a scan to give you an accurate result, I know I would choose in a heart beat.

Below are names of obstetricians that several of my close friends have been very happy with, both for straighforward and complicated pregnancies/deliveries including vaginal and C-section. Please note that they also work at NHS hospitals.

Dr Allison is passionate about improving the health and well-being of families. She has vast experience, specific expertise and interest in holistic health and is extremely involved in pregnancy, birth and postpartum chiropractic care.

She is certified in the Webster Technique, a technique used during pregnancy, which helps create balance in the pelvis, reduce tension in ligaments and soft tissue and restore the neuro-biomechanics of the pelvis to facilitate optimal positioning of the baby.

Chiropractic is a natural, hands-on approach to maximising health, restoring spinal alignment, and improving posture and the function of the nervous system. Chiropractic restores the communication pathways between the brain and body, allowing the body to heal from the inside out.

Allison is committed to helping people of all ages on their journey towards greater health and optimal well-being.
Education:  Allison earned her Doctor of Chiropractic degree with highest honours at Life College of Chiropractic in Atlanta, Georgia in 2000 following her Bachelor of Science degree from Tulane University, New Orleans, Louisiana.